'Is that the couple with the beard?'

Writing about yourself is always difficult. Jasper asked me to describe him as ‘half man/half beard’, I said ‘no’ and added that he was being silly. And there it was, the exact word used to describe us in the past, ‘silly’.

Apparently, it is also challenging to write something about others. Because, when I ran into difficulty (and was massively procrastinating) I decided to use a helpline and call a friend, or—more precisely—send a group message to a bunch of friends asking them what came to mind when they thought of us. The first and most elaborate response given was: ‘They have dogs.’

It is true, at the time we did have dogs, and they were a huge part of our lives. The message was, however, sent by a cat-lover, so I am not sure if it was positive or negative. Without the intonation, I could only assume it was typed with the same level of enthusiasm as our dogs showed on the first day of snow each year.

One of our bestestest friends pointed out that we ‘have made more plans —ranging from tiny to absurdly infeasible— than most people will in a lifetime’ and added that she would miss us a lot if we ‘got eaten by bears or axe-murdered in some remote forest.’ But the person who described us best (according to Jasper) is said friend’s grandmother: “Is that the couple with the beard?”

My conclusion can be no other than that we are a silly, fun-loving, passionate, enthusiastic, absurd, dog-loving couple…with a beard. 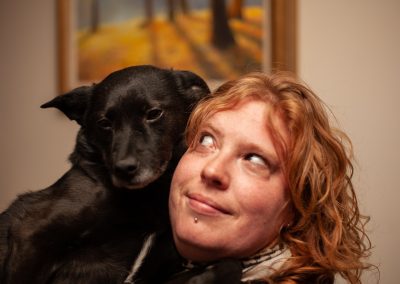 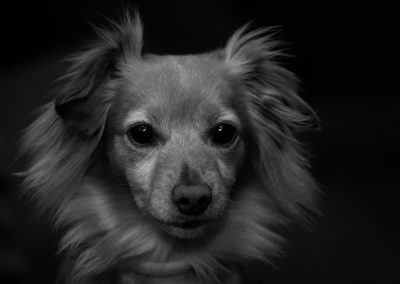 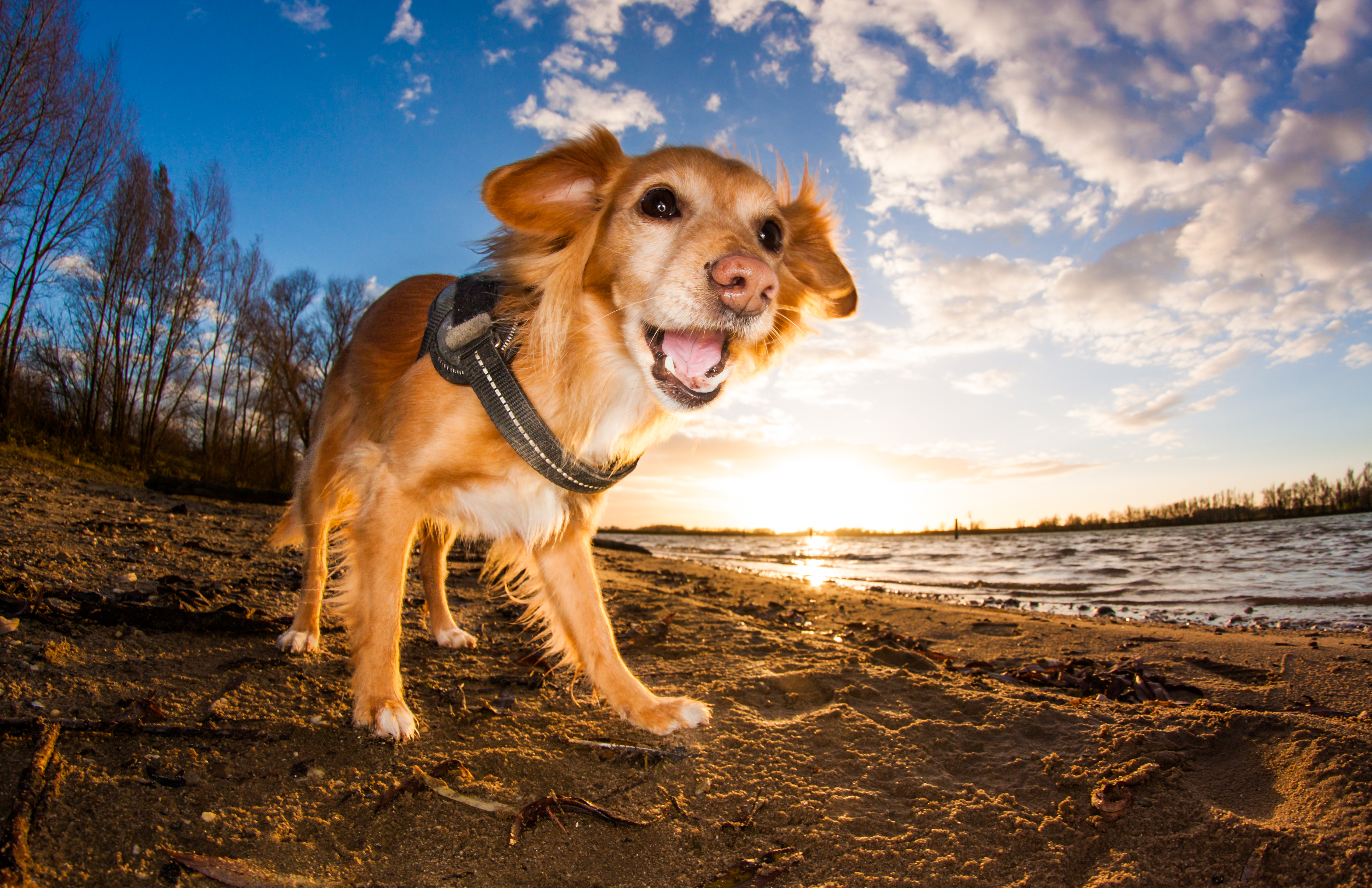 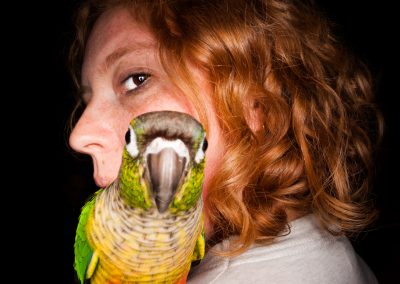 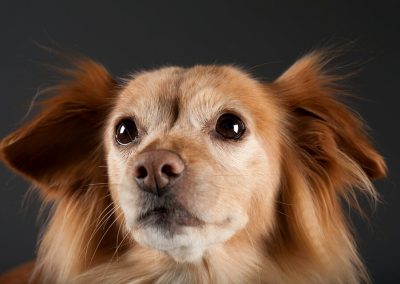 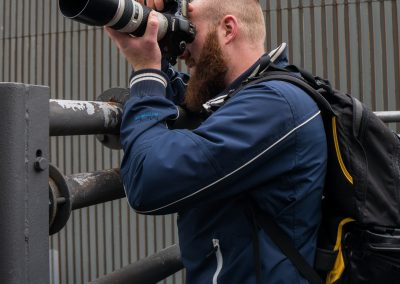 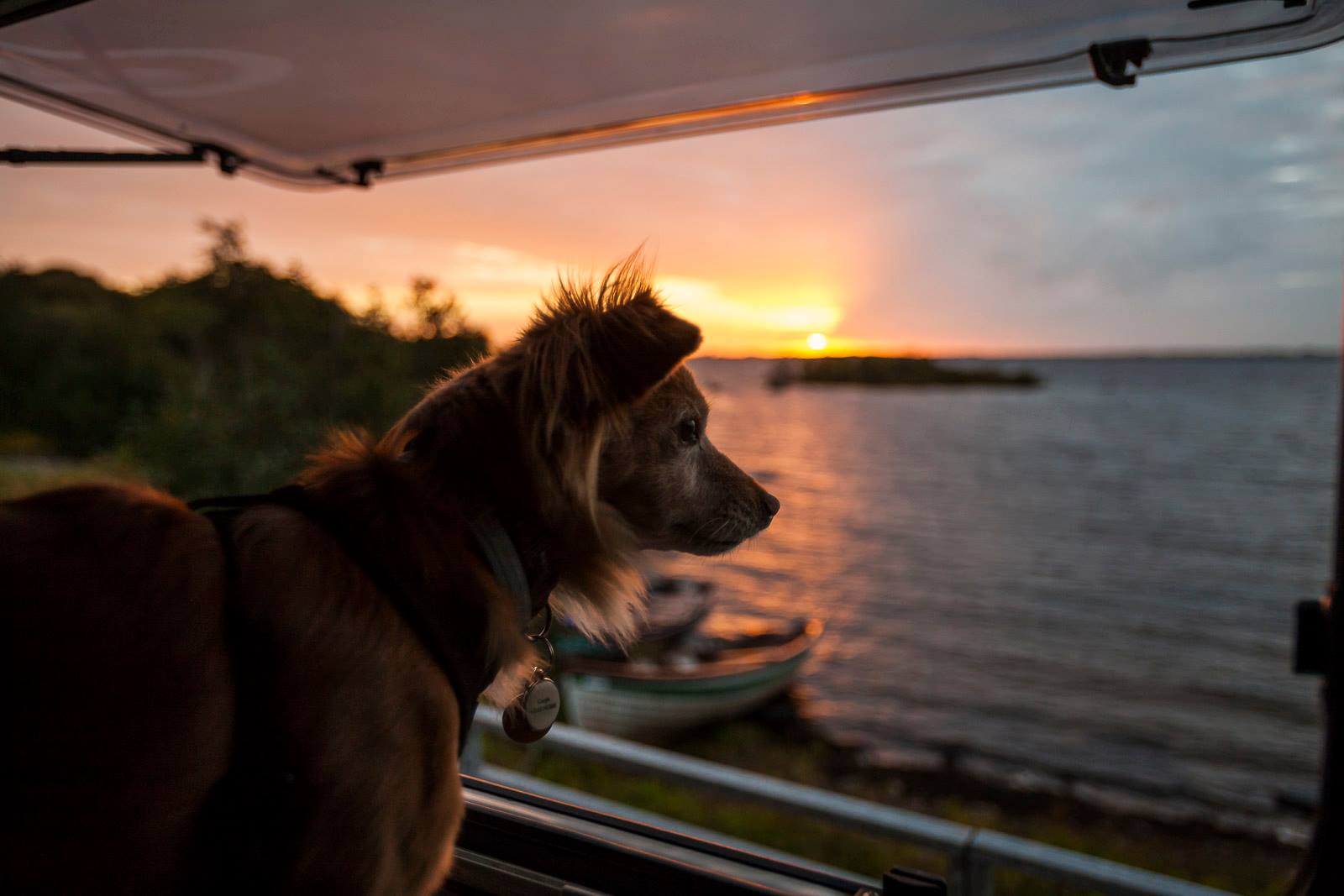 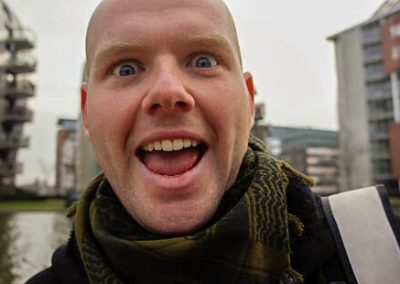 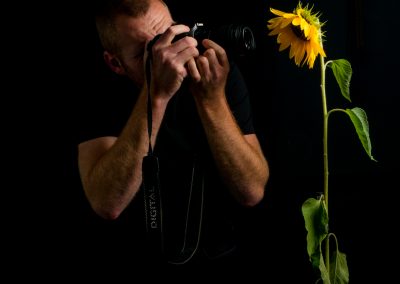 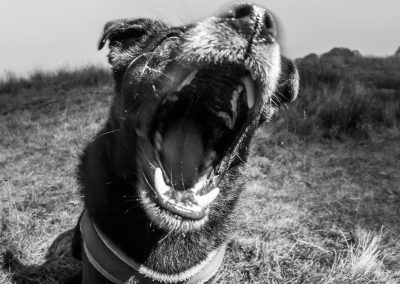 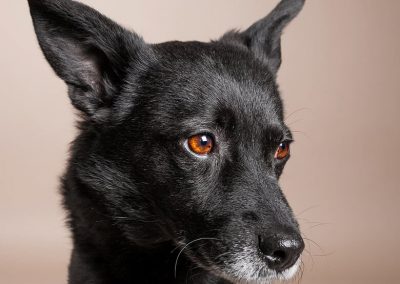 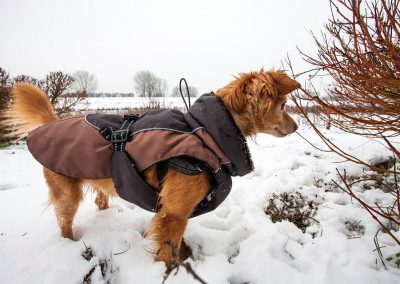 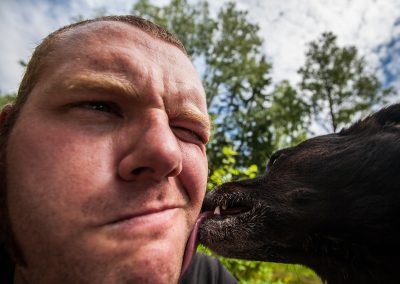 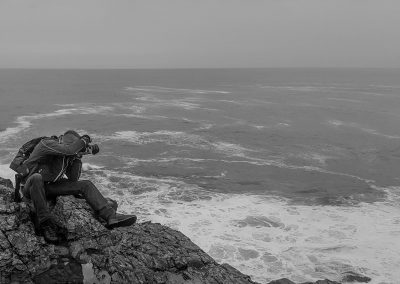 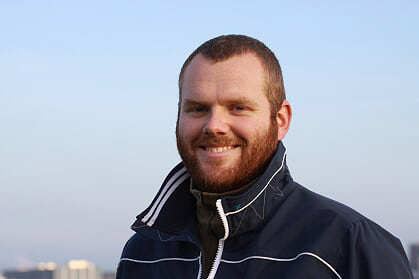 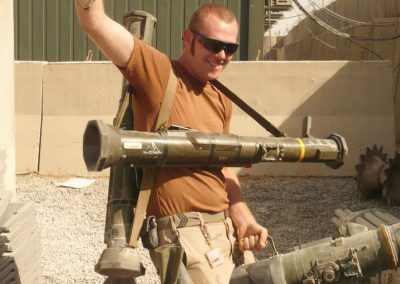 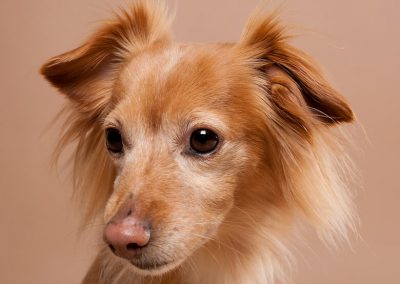 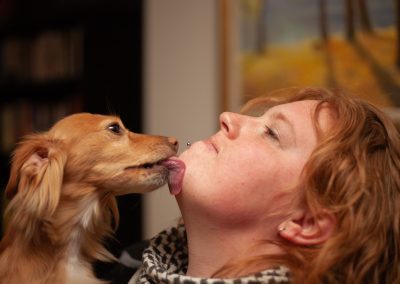 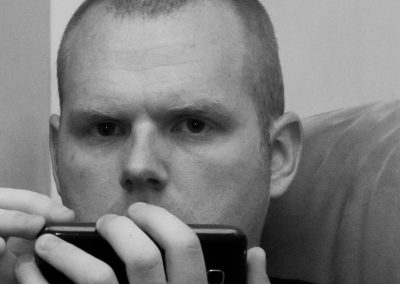 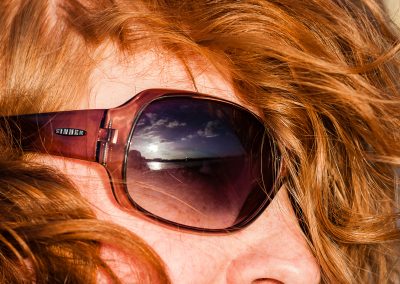 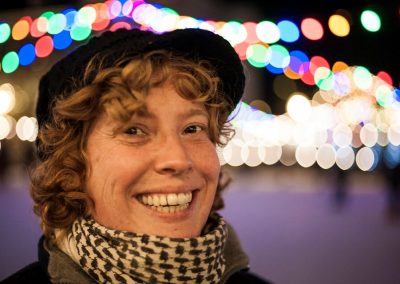 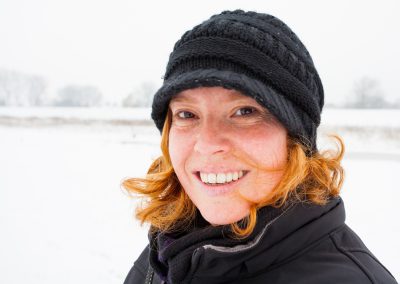 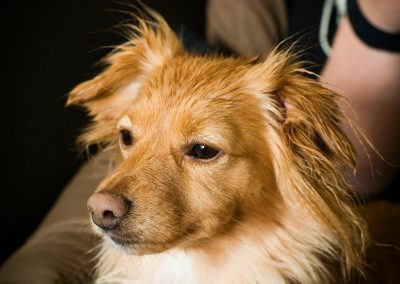 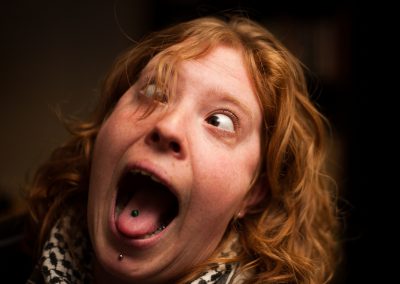 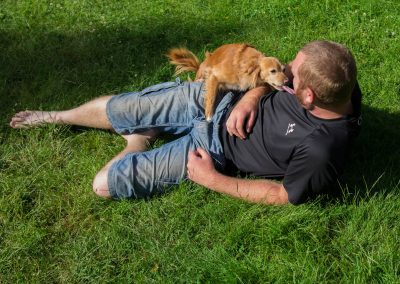 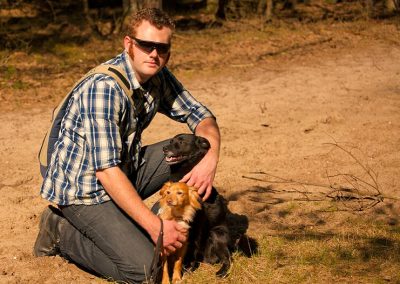 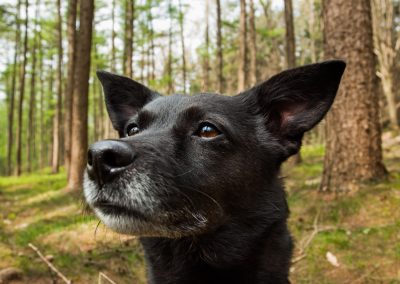 Jasper Stenger
Jasper was born in Rotterdam, moved to Belgium at a very young age, and spent his early teens in South Africa. He moved back to the Netherlands at 16 and learned Dutch. After graduating from post-secondary college, he joined the air force and spent a short stint in Afghanistan, where he fell in love with photography.

Anne Cunningham
Anne was born in Middlesbrough, UK, and moved to the Netherlands when she was four. Her parents planned to live in the Netherlands for just a couple of years but plans changed, and to this day her father still lives in the village that she grew up in. Anne adapted to Dutch culture quite quickly and was soon a muddle, sometimes even a mess, but mostly a creative mesh of two nationalities.

Chaos Cunningham
Chaos was born on the small island of Gran Canaria. When he was six weeks old, he was flown to the Netherlands and taken in by his foster mother who decided that playing with socks was the best way to keep him calm. He and his adoptive sister grew up together in the Netherlands. Chaos stresses very easily, and to this day still, a pair of socks are his go-to stress relief. He doesn’t speak any Spanish, Dutch or English, but understands some basic Dutch words and will even listen to them if he is in a good mood.

Google Stenger (January 2008 – October 2019)
Little Google was also born on Gran Canaria, and even though she was young when she left, she embraced the island mentality. Google was put on a plane to the Netherlands when she was only a few weeks old. Jasper and Google bonded instantaneously, and Google soon became Jasper’s favourite person. They were a great team and together they were always on the hunt for adventure. Even though she was small, she made a huge impact on our lives and will forever be considered an important part of our little family.